The PARC Group, Nocatee’s master developer, has been named Developer of the Year for the eighth straight year by the Northeast Florida Builders Association’s (NEFBA) Sales and Marketing Council.

The PARC Group once again took home the top honor for a developer at the Laurel Awards, held March 14 at the Anastasia Clubhouse in Nocatee’s Del Webb Ponte Vedra neighborhood. The company also was honored for Best Facebook Campaign at the annual awards ceremony, which recognizes outstanding achievement in building, design and marketing in Northeast Florida’s development and homebuilding industry. 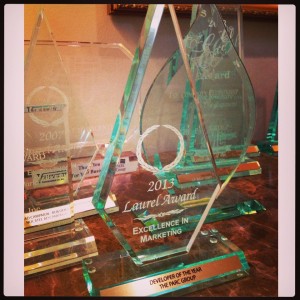 Developer honored again for its role in making Nocatee 5th best-selling master-planned community in the nation.

The PARC Group’s eighth consecutive Developer of the Year award follows a record-breaking year in which Nocatee was ranked as the fifth best-selling master-planned community in the nation.

“We are honored to once again receive this recognition from our colleagues and peers,” The PARC Group President Richard Ray said. “The tremendous success Nocatee has enjoyed is a testament to the hard work of our staff, our industry partners and the builders who have helped create the ‘Nocatee lifestyle’ that is attracting families from all across the nation to come to Northeast Florida.”

In addition to being ranked the fifth best-selling community by both John Burns Real Estate Consulting and real estate advisory firm RCLCO, Nocatee achieved a number of milestones during 2013. Highlights include: 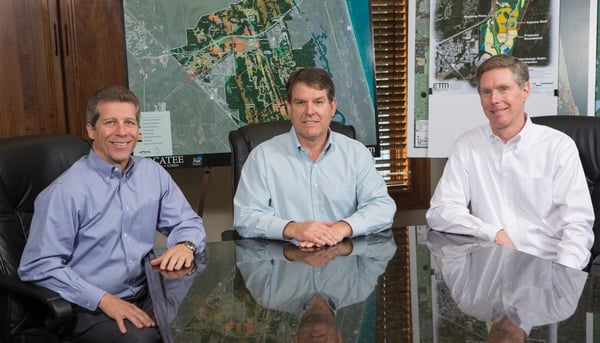 The PARC Group has announced that Christopher L. Pilinko has been named President. Roger O’Steen will continue in his role...

River Landing Park is on pace to open Late Fall 2022 in Nocatee! Designed exclusively for River Landing at Twenty Mile...

New amenity additions to the Nocatee Splash and Spray Water Parks are officially open, just in time for the summer heat.